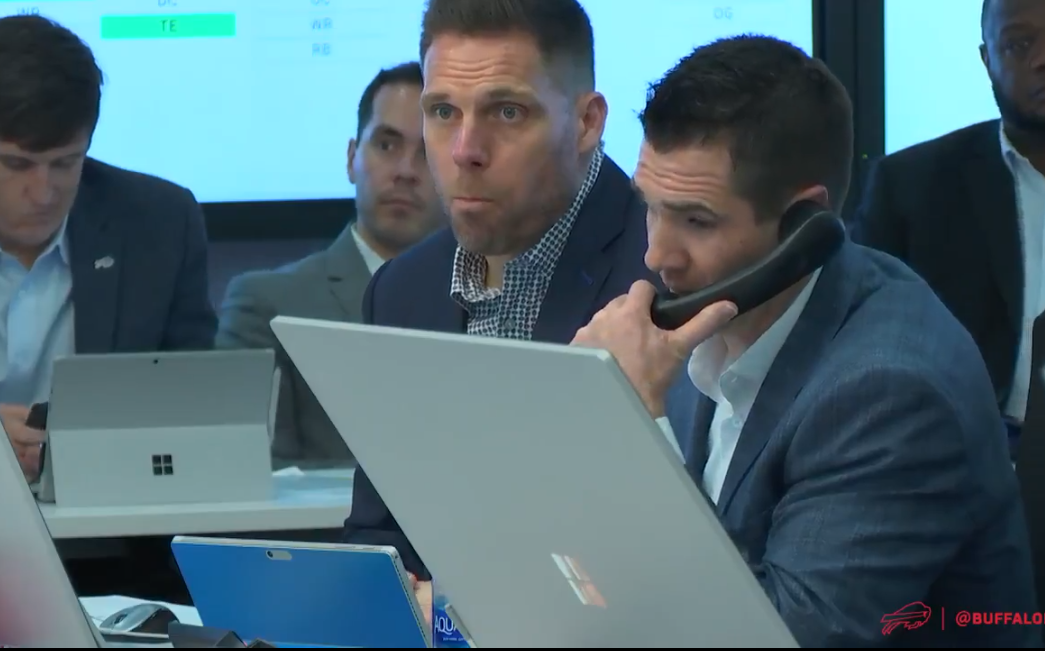 Ryan Pace made his most notable move when he traded up in the 3rd round from #87 to #73 to grab Iowa State running back David Montgomery. The move ended up costing a 5th round pick in 2019 and a 4th rounder in 2020. The deal was made with a familiar customer in the New England Patriots. What people don’t know is it was almost somebody else.

It seems prior to calling Patriots GM Nick Caserio, he placed another to the Buffalo Bills who sat one pick lower at #74. According to their GM Brandon Beane, the Bears were looking to move up and made an offer to them that included #87 and a future 4th. Buffalo declined. It seems strange that Pace tried to withhold the 5th in that situation.

That is unless he low-balled them on purpose. One thing about trade offers is they can also be used as a way to gauge how interested teams are in moving down. The fact that Buffalo didn’t even call back with a counter offer told Pace a lot, and likely spurred his action to go one space higher at #73.

Ryan Pace, like many, knew Buffalo was in the market for running backs

Anybody with common sense knows the Bills are a team built around a traditional style of offense. They want to run the ball and play great defense. Last season they ran it a total of 468 times, sixth-most in the NFL. The problem is their quarterback, Josh Allen, was their leading rusher. That can’t be expected to continue moving forward.

Coming into 2019, the Bills had serious questions at running back. LeSean McCoy had the worst season of his career in Buffalo and turns 31 in July. They spent free agency trying to bolster the position on the cheap with Frank Gore and T.J. Yeldon. Gore turns 36 on May 14th and Yeldon is more of a passing game threat.

It seemed obvious the team was likely going to draft help at that position.

Yet for two rounds they had yet to do so. In the 1st they grabbed defensive tackle Ed Oliver and offensive lineman Cody Ford in the 2nd. Their chances of landing a future feature back were thinning. Pace knew this and likely felt there was a strong likelihood they were saving their #74 pick for just that.

By offering a trade, it allowed him to get a sense of whether that was true. Knowing full well who was left on the board. When the Bills declined, it gave the Bears GM enough confirmation that they were the team he needed to jump in front of in order to secure Montgomery.

Sure enough, right after Chicago got their guy, Buffalo drafted Florida Atlantic running back Devin Singletary at #74. Now of course some will say that Beane might be telling the truth and Singletary was their guy all along. However, almost every notable draft expert rated Montgomery ahead of Singletary.

Lance Zierlein of NFL.com had him as a 3rd round talent. Singletary? A 5th rounder. Former scout Daniel Jeremiah had Montgomery as his #43 player overall in the draft. Singletary was 98th. Sporting News had Montgomery at #46 and Singletary #66. It’s pretty much like that across the board.

The odds of Buffalo having Singletary rated ahead of Montgomery aren’t exactly favorable. It’s quite probable that Pace knew they had eyes for him and that’s what prompted his aggressive move up. All the evidence, circumstantial though it may be, supports this.