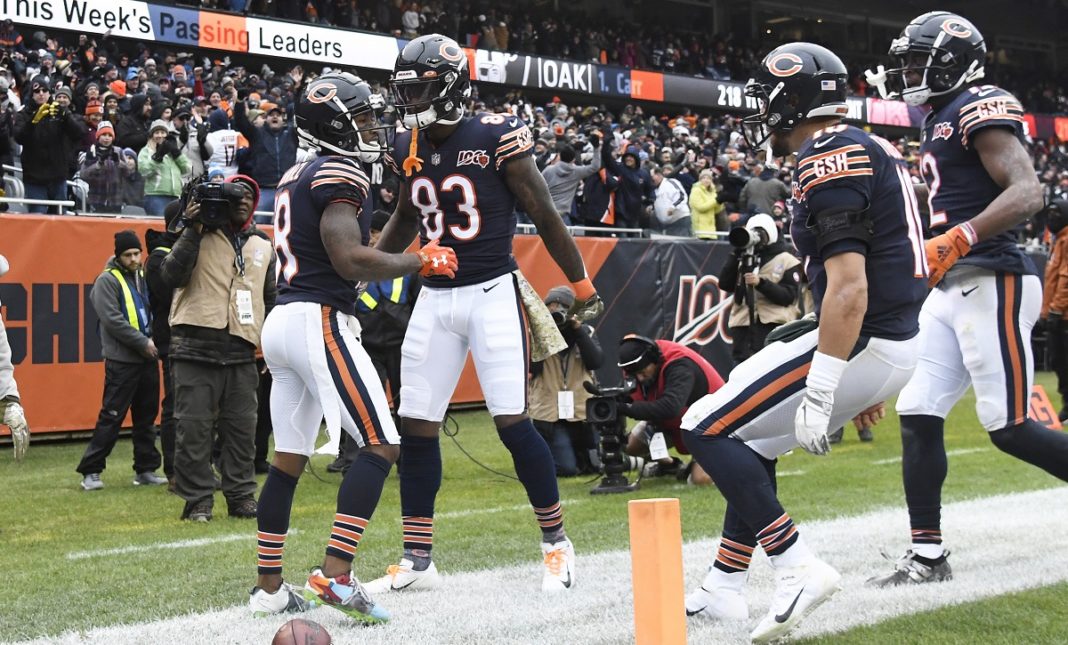 The Chicago Bears are not exactly a favorite for making the playoffs as their December slate of games begins. After Minnesota lost in Seattle, their odds improved from 2% to 3%. Not exactly a reason for feeling confident. This team has struggled all season long to even play well against bad teams. Now they’re expected to summon enough juice to take down not one, not two, not three, but four playoff contenders to reach the promised land of January?

That’s a tall order. However, It’s not technically required for them to sweep all four games in order to make the playoffs. There are a couple of scenarios, however unlikely, that could see them reach the postseason with both 8-8 or 9-7 records. The former involves them beating both Dallas and Minnesota. The Vikings would have to lose all four of their remaining games while the Los Angeles Rams would have to drop three of their last four save for the season finale against Arizona

For the 9-7 scenario, Chicago must beat everybody except the Packers while Minnesota must lose their final three games. L.A. would be the same situation as before, losing all but the finale. Obviously the best course for the Bears would be to win out, finishing 10-6. In this case, the Vikings and Rams would only have to lose two of their final four games in order to open the door.

Full credit to Reddit user u/dasoxarechamps2005 for putting this together.

The reality is it’s never a good idea to trust to luck in the NFL. This league very rarely grants wishes to anybody. The Bears need to do whatever they can to control their own destiny, and that means winning every game left in front of them. It’s no easy task. They have Dallas, Green Bay, Kansas City, and Minnesota left in front of them. All featuring quarterback playing at a Pro Bowl level. With the unevenness of Mitch Trubisky and a defense lacking their full strength, it feels like too much to ask.

Then again crazy things always happen in this league. As the saying goes, “You still have to play the games.” Disappointing as this season has been, at least the Bears are still playing meaningful football at this point.