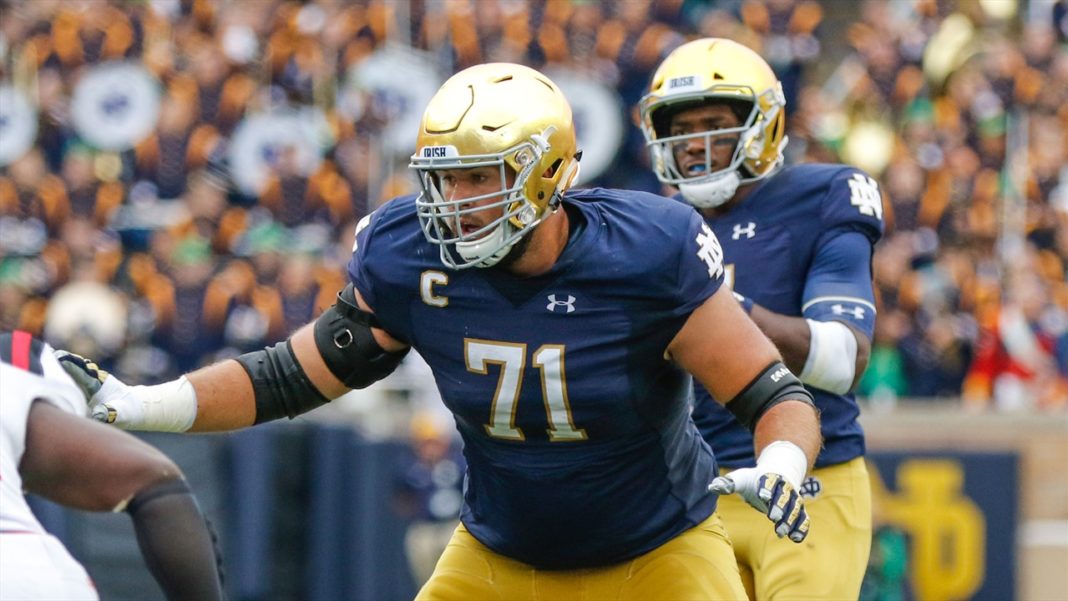 Harry Hiestand knows offensive line play. He’s proven that much over the past two decades during his stints in Chicago and at Notre Dame. Every player who has ever been coached by him swear by his prowess for teaching how to play their best. The array of 1st round picks he’s sent to the NFL alone proves that much. However, not every good player ends up getting picked high in a draft. Or at all.

Alex Bars was another of Hiestand’s pupils for the Irish. He was a starter on their offensive line going into 2018 but suffered an ill-timed knee injury that ended his season. This was the primary driving force behind why he went undrafted. Bars wasn’t overly discouraged by the news since it gave him a chance to reunite with his old coach. Something Hiestand was totally on board with.

It turns out there are two key reasons for that. He explained them to Adam Jahns of The Athletic and others.

“There is no question he would had been (drafted) — there is no question,” Hiestand said during the offseason program. “We benefited from that. I personally know the guy that did the surgery. His son plays sports with my son back there. And he was like super confident on what was done. People are playing with what he had done all over the place.”

One of the problems with the draft process is teams can sometimes get too caught up in their immediate needs. They’re not willing to venture a calculated risk on a player that may not be ready right away but could be a valuable commodity down the line. Hiestand recognized that when he pushed for the Bears to sign him after he went undrafted. He knew they could be getting a potential long-term starting offensive lineman.

Bars has experience at both offensive tackle and offensive guard. Given the uncertain future of Kyle Long beyond 2019, it would be nice to know they have a young player in the pipeline who might be able to step in if the Bears are forced to move on from the veteran. Barring that (no pun intended) he should make for a high quality backup who can step in as a starter whenever needed.