Would people call Germain Ifedi a draft bust? People in Seattle probably would. He started four seasons with the Seahawks but never managed to make a Pro Bowl as a 1st round pick. He had an uneven career that was spent mostly at right tackle. That said he was far from the worst player at his position and he kept his job during that time. So calling him a bust isn’t quite accurate. A slight disappointment? Sure. Yet the Chicago Bears think a part of that was the Seahawks’ own doing.

GM Ryan Pace said the team had always liked Ifedi since he was drafted out of Boise State in 2016. However, they envisioned him as a guard rather than a tackle. Something the blocker himself agreed with. He admitted he always felt more comfortable playing inside. Hence why he jumped at the opportunity to sign with the Bears at a team-friendly price.

Juan Castillo, their new offensive line coach, made it seem like they got a steal during his first press conference.

“Here’s a guy who’s 6-6, 335 pounds, you know, that’s got some god-given ability that’s got some big heart. That’s tough. That wants to be good. Am I excited? Oh, buddy, am I excited. Let me tell you, he’s been working his ass off. Working his ass off. So you know, I am excited about him. Again, the thing is he comes from a winning program, he knows how to work, he played outside, you know we’re kicking him inside, but really there are some things he knew he needed to work on.

You know, we’re going to work on teaching him to stay square. OK? And the important thing is that Germain has taken it upon himself to work his ass off, to learn how to stay square in pass protection. And I’m excited for everyone to be able to see that, and I think he’s excited for that because I think that’s something that he knew he needed to work on and he’s been working his ass off on it and I’m excited.”

Ifedi elaborated during his own interview with Bears media. This offseason he’s worked extensively with fellow NFL player Jake Matthews, the left tackle for the Atlanta Falcons. He’s also gotten to work with Bruce Matthews, Jake’s father and Pro Football Hall of Famer. Getting a chance to learn from a 14-time Pro Bowler like that is a huge benefit. Especially since Matthews knows a thing or two about switching positions. He was a tackle early in his career before switching to guard a few years in.

One thing about Ifedi is most view him as a solid run blocker. His size and power show up a lot there. His biggest issue is inconsistent pass protection. Too often he appeared slow and lapsed with his fundamentals from time to time. Being able to move inside where he won’t have to cover as much space should be a big help. Having a detail-oriented coach like Castillo on his case will also benefit him.

If he puts in the time and takes the instructions? The Bears might indeed have themselves a genuine steal. 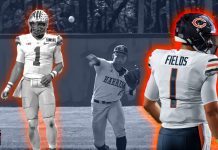 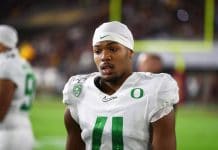 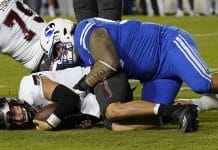 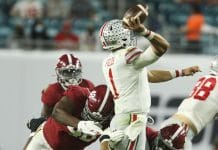 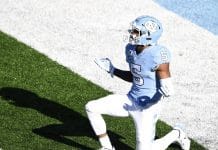 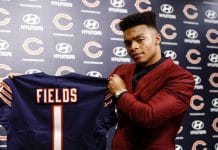