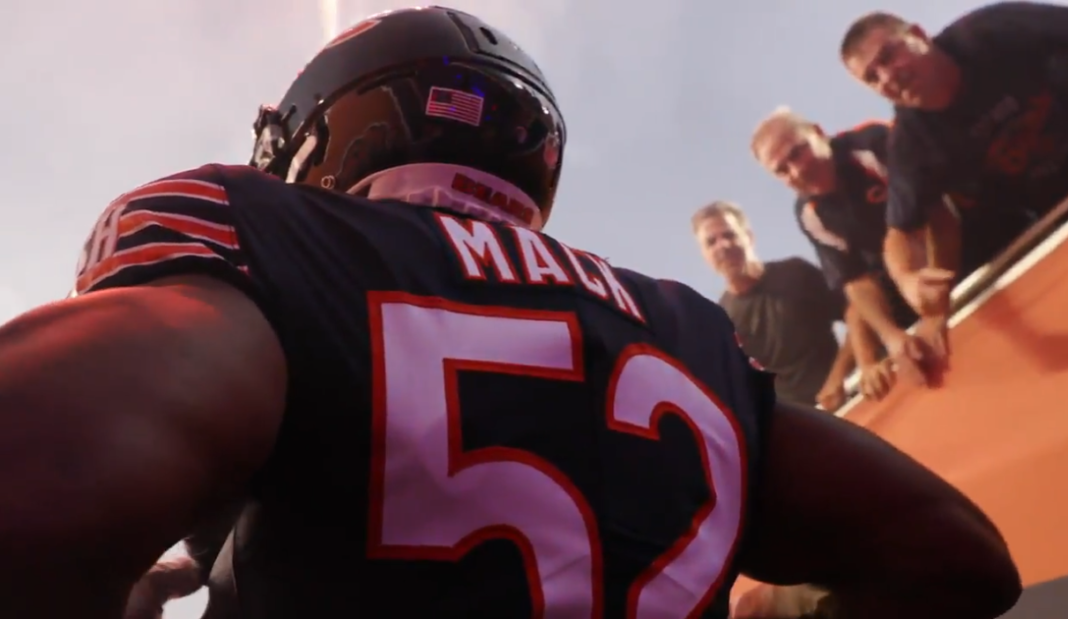 A lot of people were disappointed about how the 2019 season played out for Khalil Mack, including the man himself. Given the amount of money the Chicago Bears paid him, 8.5 sacks can’t be considered ideal production. Granted, not all of that was his fault. He didn’t have a ton of help up front. Akiem Hicks went down with his elbow injury in the fifth game. Leonard Floyd had just three sacks all year. There’s also a firm belief Mack was playing hurt for a considerable stretch of the season.

It’s hard to beat double and triple teams when the body is 100%. Doing it banged up is almost impossible. So what should people expect from Mack in 2020? Some fear he might be in danger of a decline after what happened last season. Don’t count two-time Super Bowl champion executive Gil Brandt among them.

The NFL lifer ranked Mack sixth on his list of players most likely to rebound this season.

“All that said, I think Mack will make good on his personal vow to play much better in 2020. He’ll have more familiarity with Chuck Pagano’s scheme in Year 2 under the defensive coordinator, while free-agent addition Robert Quinn will provide an upgrade over Leonard Floyd, who was released this year after failing to live up to his first-round promise. Hopefully, Mack can lead a roster-wide renaissance in what is shaping up to be a make-or-break season for coach Matt Nagy and general manager Ryan Pace.”

Khalil Mack has help and a chip on his shoulder now

It feels like the wider NFL is ignoring what the Bears have done. Getting Hicks back in itself is a huge boon. Mack has 15.5 sacks in the 21 games he’s played together with Hicks. Conversely, he has just 5.5 in the other 11 games. Having that inside presence that commands extra attention from offensive linemen has allowed him to eat quarterbacks alive. Now try to imagine what would happen if he also got help from the opposite edge.

That is what the presence of Quinn does. He is simply head and shoulder better as a pass rusher than Floyd. Last season alone he had 11.5 sacks. Floyd has 18.5 in his career. The one thing opponents didn’t want was a situation where they’d have to block Mack with just one guy. Having Hicks and Quinn on the field along with Eddie Goldman and Roy Robertson-Harris? That will force their hand.

Combine this with plenty of disrespect from the media this entire offseason? Yeah, quarterbacks better get ready.