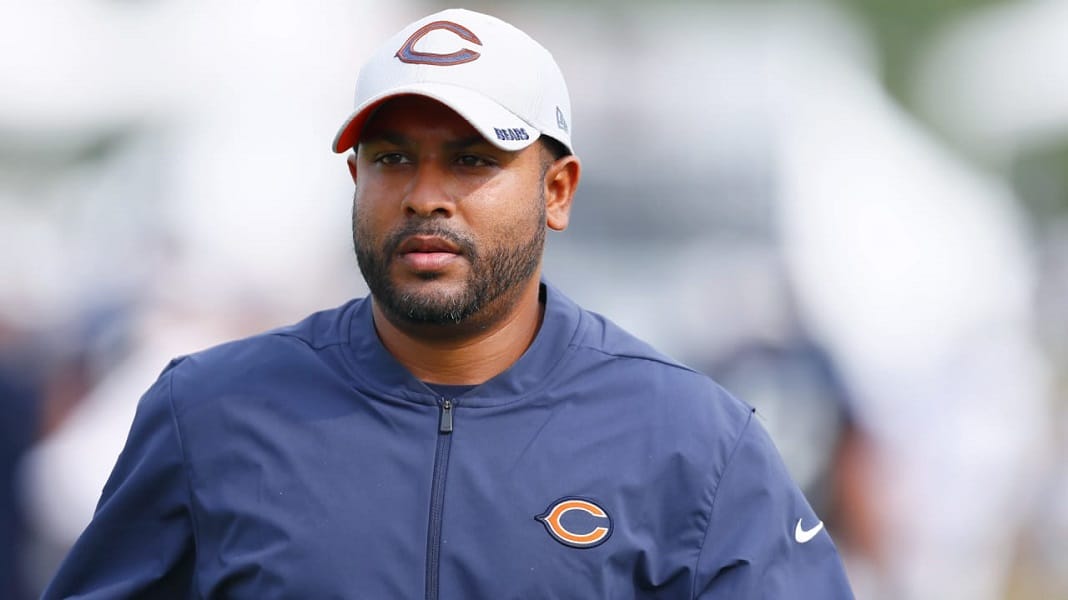 The defensive coordinator search is ramping up for the Chicago Bears. In the space of the past 24 hours, the team has either requested an interview or met with three different candidates. Among them are former coordinators James Bettcher and George Edwards along with Colts defensive backs coach Jonathan Gannon. They aren’t alone though. The Bears also have two in-house candidates getting a look in defensive line coach Jay Rodgers and safeties coach Sean Desai.

Most of the attention has been on Rodgers in that regard. Not a huge surprise. He’s the more experienced of the two and has put together a portfolio of work that is hard to beat since arriving in Chicago. Akiem Hicks became a Pro Bowler while Eddie Goldman, Roy Robertson-Harris, and Bilal Nichols all developed into legitimate starters. He’s earned the opportunity. Meanwhile, not a lot of people are talking about Desai. Should they be?

The Bears don’t have to look far for their next DC. Sean Desai has been ready for that role for years. He was Vic Fangio’s right hand man for 4 years, & helped craft that defense to greatness. Smart, talented, knows ball and has all the credentials. All he needs is an opportunity

Desai is a fascinating case. He’s been tucked away on the Bears coaching staff dating back to 2013. He’s survived the firing of two different head coaches. That is usually a sign that the man is highly thought of inside the building. It wasn’t until this year though that he finally got his first chance as a position coach, taking over the safeties.

All things considered, he did a fine job. Veteran Tashaun Gipson was a standout during the season with two interceptions and also missing just three tackles. DeAndre Houston-Carson, their longtime backup also had a career year with his first interception and three passes defended. Eddie Jackson had a difficult year in coverage with zero interceptions but did have a career-high 82 tackles.

First career INT for DeAndre Houston-Carson couldn't have come at a better time!

Sean Desai would be a risky but inspired choice

What Acho says is true. Desai actually has a background in education. He actually taught courses at Temple University while also coaching as a graduate assistant. So he’s obviously intelligent. Yet he’s dedicated his life to football and come up the hard way. While he hasn’t been a position coach long, it doesn’t feel like a promotion to defensive coordinator would overwhelm him too much. He actually does have a bit of coordinating experience.

That came when he ran the special teams for Temple in 2010. It was a short-lived stint but he didn’t waste it. He oversaw the development of kicker Brandon McManus who would go on to help the Denver Broncos win the Super Bowl in 2015. So even with just one year to make an impact, he certainly didn’t waste it. He’s smart and understands how to communicate.

Can he match wits with some of the best offensive minds in the NFL?

That is the question. One the Bears can’t answer until they give him the chance. There is something to remember here. The team had the chance to do something similar back in 2019 with assistant coach Brandon Staley. They went with Chuck Pagano instead. Staley ended up going to Denver and was hired by the Rams this past year as their defensive coordinator. L.A. finished with the #1 defense in the NFL. Now Staley is a head coach.

Why? The Rams gave him a chance. Maybe the Bears should take the gamble and do the same with Sean Desai.