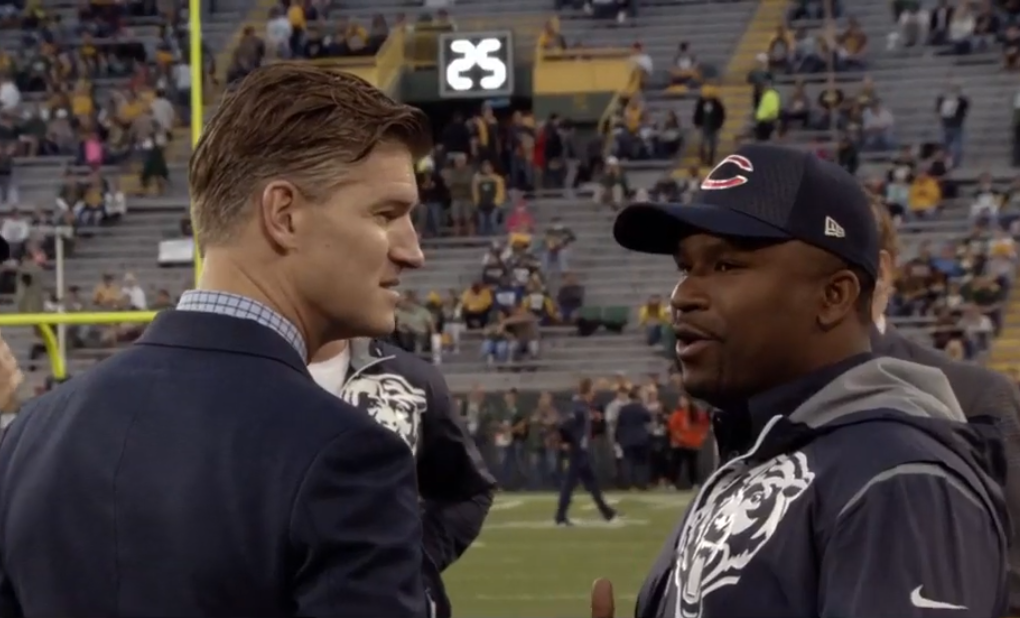 The Chicago Bears could see a major shakeup to their infrastructure one way or another this coming offseason. Most assume it will come via the decision to dismiss Ryan Pace as GM. Something that looks more likely by the week as the team continues to lose. He’s only made the playoffs once in the previous five seasons. Missing them again despite an expanded field of seven teams and starting the year 5-1? There is no explaining that one away.

However, even if Pace survives there is a possibility his front office could still suffer a loss. One of the best additions he made when arriving in 2015 was Champ Kelly from the Denver Broncos. He’s served as the Assistant Director of Player Personnel the past two years in Chicago after holding the title of Director of Pro Scouting. His work has helped the Bears acquire several contributors like Akiem Hicks, Danny Trevathan, Allen Robinson, and Khalil Mack among others.

Prior to that, he did some great work in Denver.

It seems this track record has started to draw the attention of other teams. This past offseason the New York Jets interviewed him for their vacant GM position. A spot that eventually went to Joe Douglas. Kelly was happy to stay put. Still, that hasn’t stopped other teams from continuing the pursuit.

According to Adam Schefter of ESPN, the Atlanta Falcons are putting their plan together to find their next GM after firing Thomas Dimitroff a few weeks ago. Kelly is reportedly on their list of guys to talk to.

“While the Falcons have been preparing for Sunday’s game against the New Orleans Saints, they also have been working to compile a diverse list of general manager candidates, according to sources.

Chicago Bears may have to reach a decision on Pace faster

Why? Think of it like this. It’s hardly uncommon for teams to fire GMs and replace them with guys promoted from within the organization. So ask this question. What if the Bears wanted to, say, hand the GM job to Kelly? He’s plenty qualified for it. The track record speaks for itself. The best part is it wouldn’t require a massive overhaul of the entire front office structure.

He could step in and keep everybody in place. He knows them all well. It isn’t like this group has been a train wreck. They’ve put together some solid offseasons. The big question will be can Kelly succeed where Pace failed in finding a quarterback and building a respectable offense? This is something the Bears have to consider if they have any desire to not lose him to another team.

If they do let him walk, the succession plan is pretty clear.

Odds are Colleg Scouting Director Mark Sadowski, a favorite inside Halas Hall will get the promotion to Kelly’s spot. Sadowski has a strong background of his own and has worked for the Chicago Bears going back several years. Elevating him would be an easy decision. That is unless Pace is kicked to the curb and a new guy from the outside becomes GM. Then all bets are off.

Either way, it’s nice to see somebody like Kelly get the attention he deserves.