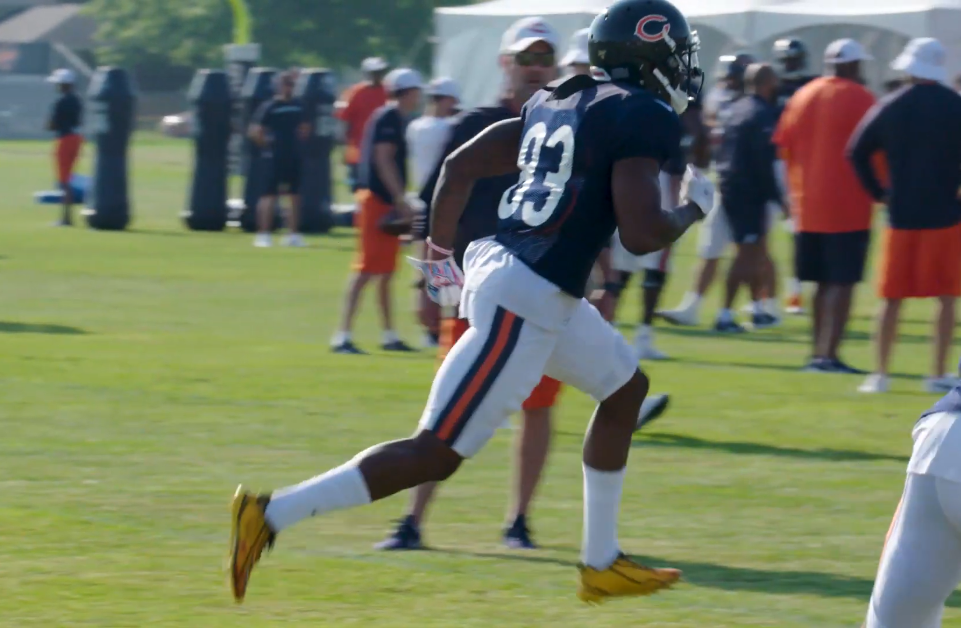 Here’s the thing to remember about football. It’s a violent sport. These guys are conditioned to play a physical game. So it’s not a surprise that they can tend to have a combative nature when the competition heats up. It’s especially true when teammates go at it day after day in practice. Nerves start to fray, words get exchanged, and before anybody knows it fists are flying. The Chicago Bears are familiar with this reality just like any other team.

What’s unusual about this year is how quiet the team has been in that regard. There have been arguments, but the Bears have remarkably avoided any actual fights since training camp began back in July. That streak finally came to an end on Tuesday the 13th of August when wide receiver Javon Wims and cornerback Prince Amukamara got into a confrontation. One that saw Wims throw a couple of punches, which Amukamara did not retaliate against.

After the scuffle was broken up, head coach Matt Nagy stepped aside with both of them to discuss what happened. It seems cool heads prevailed and an apology was made. The Bears head coach preferred to keep who made it in the locker room.

The best part though may have been the reaction of the two players involved. When Wims was asked about the fight, he reacted as if he was hearing news about it for the first time. Complete denial that it even happened.

“Culture” was a big word GM Ryan Pace has used time and again when he was building the Bears roster. He wanted a locker room that was not only stable but a key part of their strength. He wanted players that are united as more than just teammates but brothers in arms. Like any family, there will be arguments at times. In the end, everybody moves on and remembers there are far bigger goals to achieve than finding out who’s tougher.

This incident reflects what he and Nagy have done. During the John Fox era, fights were frequent. Some might say they were encouraged. Fox had a reputation for pitting the offense against the defense to that degree. Nagy isn’t interested in that macho-for-macho stuff. His goal is to build a cohesive roster that plays for each other. The offense picks up the defense when it’s struggling and vice versa.

Fighting serves no purpose and no doubt Wims and Amukamara were reminded of that. Hence why things blew over so quickly.