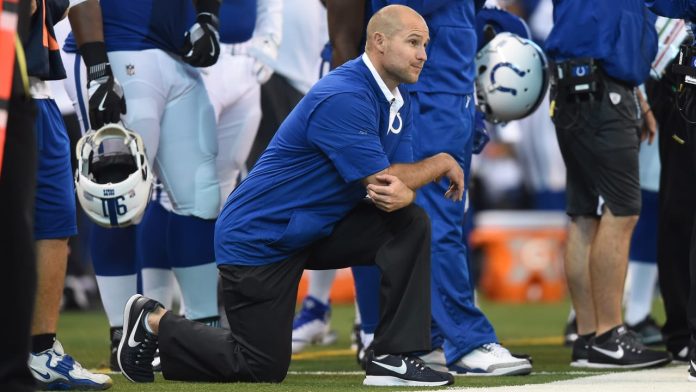 In case people haven’t caught on by now, the Chicago Bears are stacking GM candidates left and right. Based on the feedback so far, they’re also lining up really good ones. SM stated in a previous article that one to watch out for was Indianapolis Colts assistant GM Ed Dodds. Now that has since become official according to Jeremy Fowler of ESPN. The team is hoping to interview the veteran personnel man.

This one feels different from others though. Dodd is widely considered to be among the best scouting minds in the entire league. An excellent eye for talent and is somebody with the sort of no-nonsense personality that would fit this organization quite well. The hard part is convincing him to interview as he’s turned down requests in the past. This is where the Bears having Colts royalty Bill Polian leading their search is such a huge advantage.

The Chicago Bears have requested permission to speak with Indianapolis Colts vice president of player personnel Ed Dodds and defensive coordinator Matt Eberflus for their GM and head coach openings, per source. Both crucial in Colts' development of strong roster and performance.

Okay, now THIS Bears fans should be excited about https://t.co/oFka3zbDL0

What makes Dodds so coveted?

Many consider him one of the principal architects of the Seattle Seahawks teams from the early 2010s. That juggernaut ended up drafting guys like Russell Wilson, Bobby Wagner, Richard Sherman, Max Unger, Russell Okung, Earl Thomas, and Kam Chancellor before winning the Super Bowl in 2013 and coming one interception away from doing it again in 2014. Now he’s had a hand in turning around the Colts with big-time acquisitions like Darius Leonard, Quentin Nelson, Jonathan Taylor, and Kenny Moore.

It is hard to dispute his eyes for great football players. Putting him in charge of the Chicago Bears front office seems like an easy decision. It comes down to whether he’d want it. As an understudy of former Bears scout Chris Ballard, this might work in their favor. That is unless the Colts GM resents the organization for passing him over the job in 2015. Odds are Dodds won’t pass up this opportunity. Not when he has a chance to inherit Justin Fields and would be granted absolute power over the football operations.