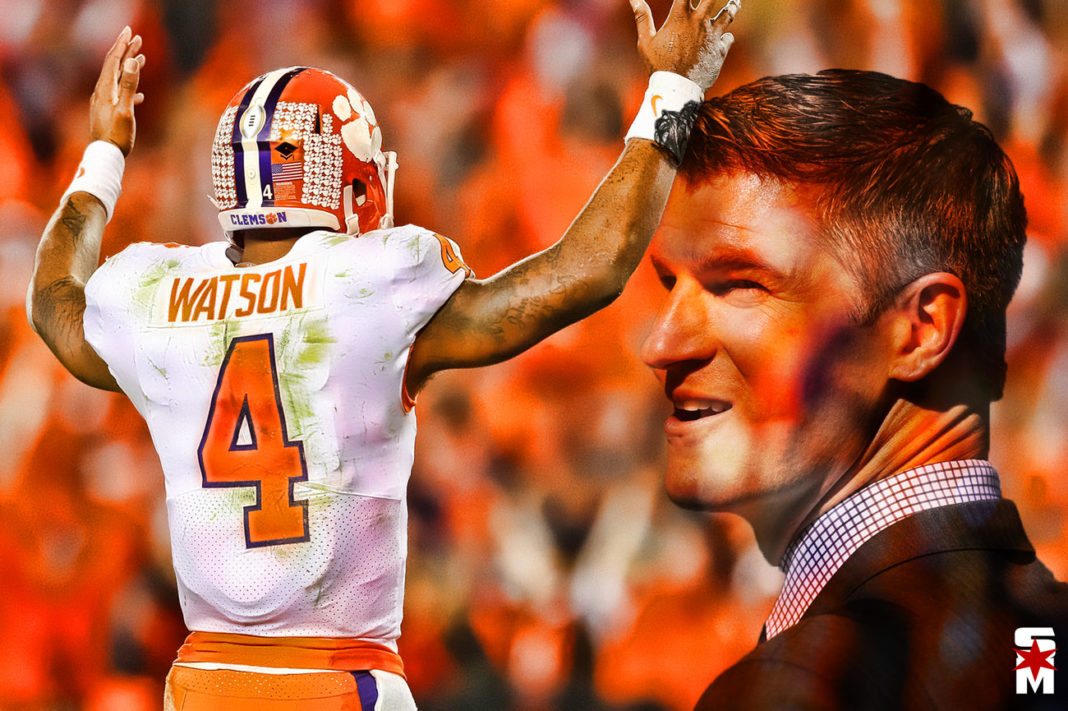 Are the Chicago Bears going to draft a quarterback? This is the all-consuming question that fans will keep asking for the next 40+ days until the end of April arrives. It’s easy to understand why. This franchise hasn’t drafted one since 2014 and hasn’t taken one above the fourth round in over a decade. It seems way past due.

GM Ryan Pace indicated that Mike Glennon will be the starter for 2017. Some people panicked, believing this was a declaration the 27-year old former backup was the man moving forward. Yet nothing else seems to support that theory. Most notably the short-term contract Glennon signed. During which his guaranteed money is almost gone by year two.

This would seem to suggest Pace is far from done adding bodies at that position. He may in fact have another move in mind. A significant one. Could it possibly involve the #3 overall pick in the upcoming draft? Some remain skeptical. However, new signs have emerged to support this theory in a big way.

It shouldn’t be a surprise that there was a large contingent of Bears higher-ups present at the Clemson pro day. They’re the reigning national champions after all, loaded up with future NFL players. However, it’s more who was on hand for the festivities. Of course Ryan Pace himself along with head coach John Fox. Then Dan Wiederer mentioned two other names that should draw immediate interest.

Dowell Loggains is the offensive coordinator for the Bears and Dave Ragone is his quarterbacks coach. Now follow the logic here. If Chicago had no plans to draft a quarterback high next month, why would they bring those two to the pro day at all? Especially since star quarterback Deshaun Watson, who led Clemson to that thrilling championship, isn’t expected to get out of the first round.

What adds intrigue to this are two key factors. Pace’s own words on what he looks for in a quarterback and also who Watson is being compared to.

For those who don’t remember, the Bears actually made a concerted attempt in 2015 to trade up for Marcus Mariota. Word was Pace really liked him. The price proved too costly in the end. This time though Chicago is in much better position to get their guy. So why Watson? For the same reason he wanted Mariota.

The guy just makes the entire team around him better. He elevated the program from good to great by his sheer presence.

#Bears GM Ryan Pace on importance of wins & losses for college QBs: "I think about Brees when he was at Purdue & he elevated that program."

Watson lost just two games in his two years as a starter for the Tigers. Each of them came despite him putting up over 40 points on offense. Suffice to say the kid is an ultra competitor who doesn’t like to lose. People question his decision-making and his accuracy at times, but none can argue about his heart and his will to win. The athleticism is there and the leadership is evident from teammates and coaches who gush about him.

A Deshaun Watson Bears connection was easy to make after the college season ended. It wasn’t until now though that the franchise has dropped their first hint of deep interest.