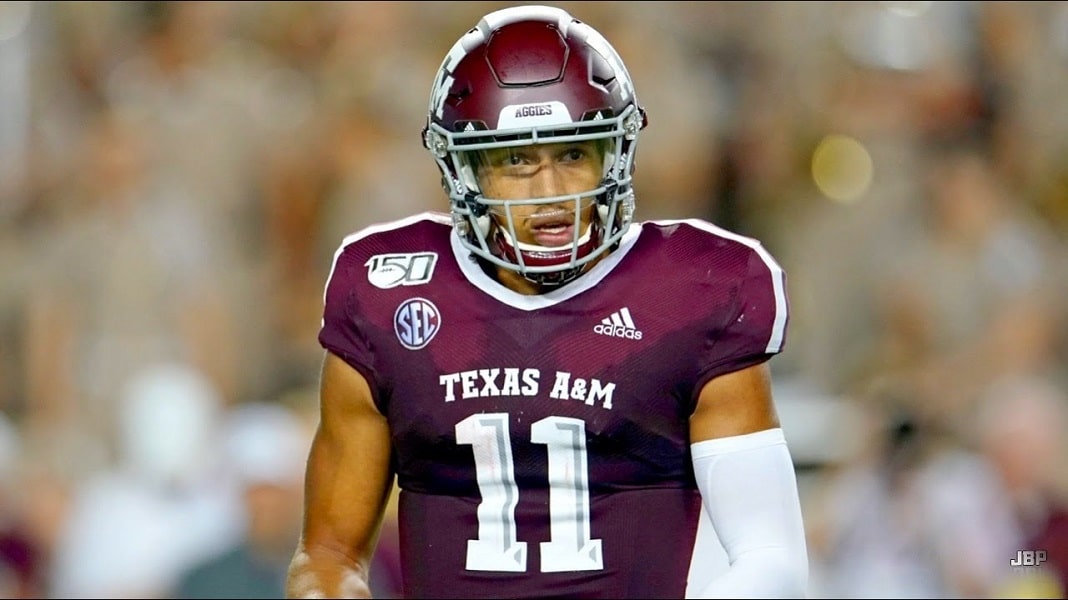 Buzz continues to surround the Chicago Bears 2021 draft and what they might have planned. This is actually becoming more difficult to answer because the future of GM Ryan Pace is being called into question. If he’s out, the decision on what to do next April falls on his successor, which is about as unpredictable as it gets.

One thing is for sure though. Quarterback figures to be somewhere near the top of the list. Mitch Trubisky and Tyler Bray are free agents this coming spring. Nick Foles? He’s proving to be a disappointment this season. It isn’t entirely his fault given how bad the rest of the offense is. Still, his limitations have become painfully apparent.

This is why expectations are they’ll draft somebody. Could Kellen Mond of Texas A&M be that guy?

This is where Mond can really excite you. Sees the pressure coming and uses his legs to spin out of it. Buys time moving to his left, adjusts his body, and fires the ball to his receiver who is well-covered for a touchdown. This is one of the most difficult throws in football to make, which speaks to his obvious talent.

Dobbs was a tantalizing talent at Tennessee. A true dual-threat QB with a live arm and the ability to take off and run. He could make some impressive throws at times but it was clear coming out in 2017 that he needed work. The ability to read and process defenses weren’t quite there. His eyes came across as slow and he played the position more like an athlete than a passer. That is why he’s been a backup since getting to the NFL.

Mond is what they call an upside quarterback. His talent makes it to where he’s worth taking a flier on but his tape shows a player that still isn’t playing the position like a natural passer. It’s hard to tell if this is the offense he plays in or just who he is. The reality is he’ll have to learn how to break down defenses before and after the snap a lot quicker to get a true opportunity in the NFL.