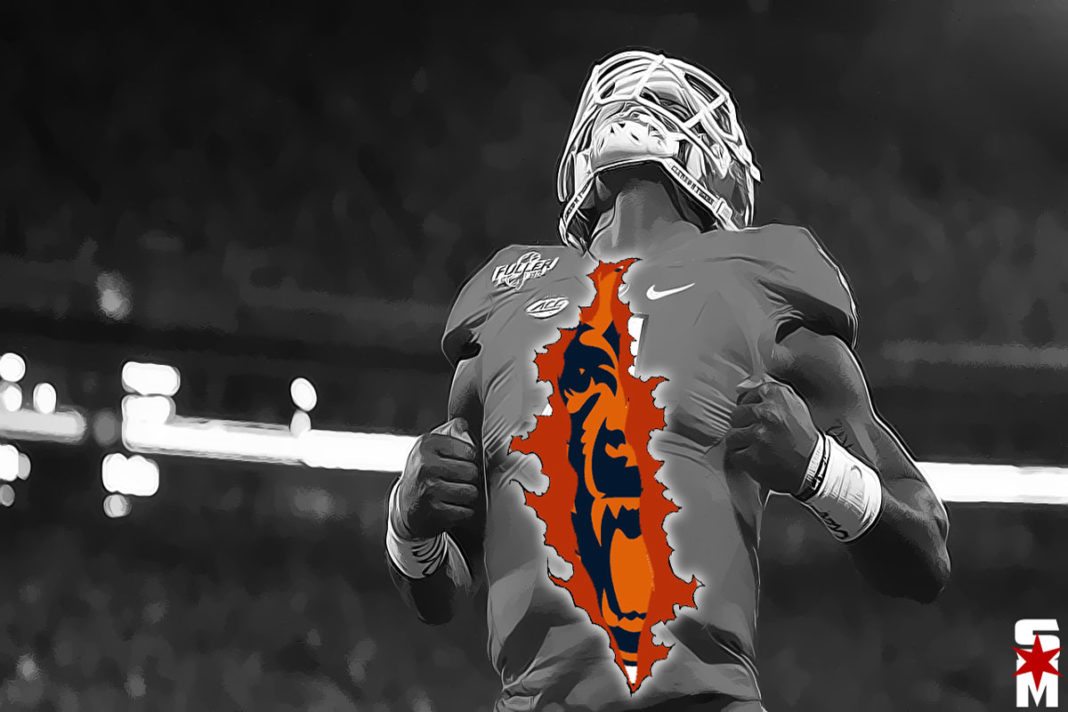 The subject has been poured over so many times to this point. Chicago Bears fans have heard about the 2017 NFL draft from every conceivable angle. The story is as crazy as it is depressing. GM Ryan Pace fell in love with Mitch Trubisky early in the process. After receiving enough validation from his inner circle, he decided he was going to do whatever it takes to draft the North Carolina quarterback. Even going so far as to not bother meeting with reigning national champion Deshaun Watson in person.

Pace was off the deep end. Even the opinion of head coach John Fox didn’t matter. While he didn’t want to draft a quarterback at all, he preferred Watson according to multiple reports. The train was at full steam and there were no brakes. Pace was so paranoid about somebody sneaking up to get Trubisky that he traded up from #3 to #2 overall just to make sure he got his guy.

It’s a blunder that defines his career to this day.

Now here the Bears are. Trubisky is a free agent, having just finished another average season in 2020. The team is desperate for a quarterback and it just so happens that Watson is trying to force his way out of Houston. People have dreams of Chicago somehow pulling off a trade to get him. Realistically that just doesn’t feel possible. They had their chance.

What hasn’t really been discussed about that entire affair was the Bears locker room. Did players have opinions on which QB the team should draft? It turns out the answer is yes. One former player who was on the team that year and asked to remain anonymous said the majority of the locker room was hoping it would be Watson. The Clemson star had a lot of admirers among team veterans.

Is he the most painful one? That depends on what era you come from. The list is pretty extraordinary. Chicago lost a coin toss in 1970 that cost them Terry Bradshaw. They had the card filled out and ready to draft Joe Montana in 1979 before GM Jim Finks decided a backup running back was more important. They almost signed Kurt Warner as a free agent in both 1997 and 2005. That same year in ’05 they drafted Cedric Benson rather than Aaron Rodgers. They passed up Russell Wilson twice in 2012 and of course like Patrick Mahomes in ’17 but not as much as Trubisky.

It’s been multiple decades of extreme pain for Bears fans. Deshaun Watson is just another scar they’ve added to the growing collection. People are left wondering when it will be their turn. When will they finally have a quarterback other fans are envious of? Optimism isn’t high that Pace will find a way out of this mess in 2021. Not without some kind of divine intervention.

Watson feels like he’s far beyond their reach now.

All anybody can do is wonder what might’ve happened if Pace had done his due diligence four years ago. Would the QB have made a strong enough impression to change his mind? It’s hard not to think he would’ve. Everybody has said he has that kind of effect on people. Sadly, the Bears GM acted like a man who’d made up his mind and would not be swayed.

Maybe they can pull off a miracle. Betting on miracles can lead you to make lots of money. If you want to try it, you need to use PointsBet. They’ve partnered with the Chicago Bears and using the promo code Mockery lands you two risk-free bets up to $2000.