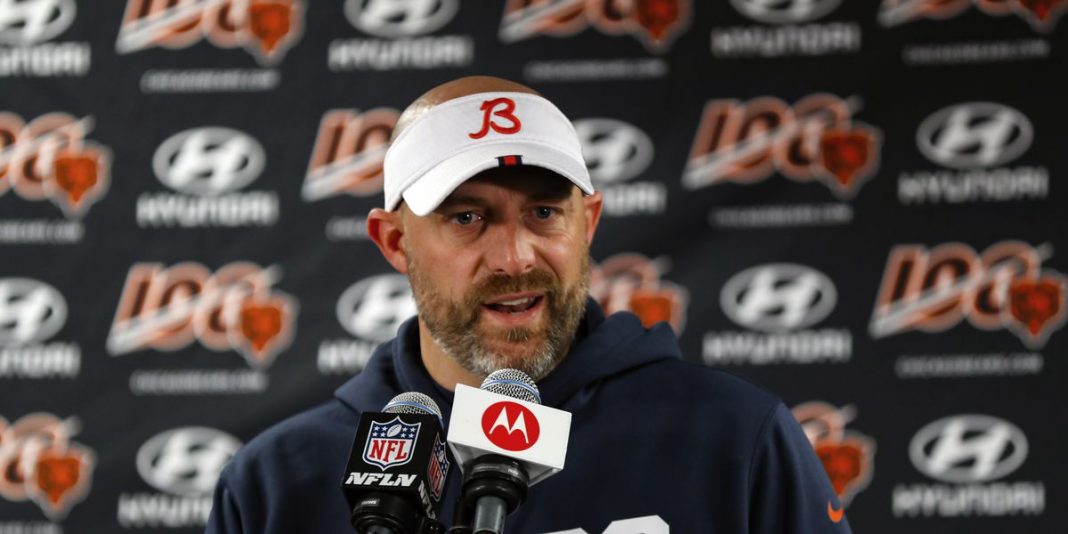 The NFL offseason is pretty much over with the draft behind us and the schedule released for the 2021 season. Everyone will be looking forward to next year now, as lines have already opened at the sportsbooks for Week 1’s games. I know, pretty crazy right? We don’t even know the starting QB for half of these teams but yet we can already bet on their first games next season. Alas, some like to get in on the action early because they think they can identify some value.

One of the major awards for any NFL season is the Coach of the Year award, determining who lead their team to success when the odds were stacked against them. Chicago Bears head coach Matt Nagy won the award just a couple of years ago in 2018, and my have the mighty fallen. Let’s take a look at the current odds to win the NFL COTY award in 2021 via DraftKings Sportsbook. 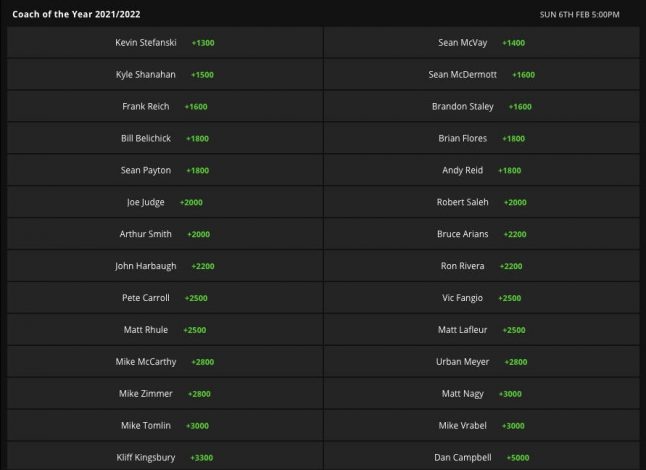 As you can see by the odds board above, the Bears head coach doesn’t have many friends in Sin City. The only coaches with longer odds to win the award are Kliff Kingsbury, who showed us last year that he has oatmeal for brains when it comes to in-game decisions, and Dan Campbell, who is a rookie coach for the hapless Detroit Lions. He is tied with Pittsburgh Steelers HC Mike Tomlin and Tennessee Titans HC Mike Vrabel. That speaks volumes as to how little faith the betting community has in Nagy.

With a defense on the decline and either Andy Dalton or a rookie at QB, this isn’t too farfetched to believe. There will be a ton of rookies starting for Nagy on his team, and we haven’t even mentioned the brutal schedule his team will be facing. The Bears have the third toughest schedule in the entirety of the NFL in 2021, adding fuel to this fire. The Steelers have the toughest schedule in the league, which could be a reason why Tomlin is so low as well.

Kevin Stefanski Favorite To Repeat at +1300

First off, it is highly unlikely that Stefanski wins the award in back-to-back years. The last time that happened was way back in 1983, when Joe Gibbs won in consecutive seasons. For Stefanski to win this award again, the Browns would have to have a remarkable season and be able to stay healthy at all of their key positions throughout the year. They have a ton of hype around them based off of their performances last year and the amount of talent  they have on the roster. They won 11 games last season, but more importantly, they won their first playoff game in 25 years. That’s as long as I’ve been alive, so it’s no shock Stefanski took the award home.

The Browns are stacked top to bottom on both sides of the football, with one of the NFL’s easiest upcoming schedules ahead of them. With a favorable schedule and some of the best talent in football, they should be competing for Lombardi Trophy come 2021. They currently have the seventh best odds to win the Super Bowl at +1600, so if Stefanski can bring them there, he probably will be the first to win this award consecutively since Gibbs.

There are a couple coaches I like listed here that have some real value in my opinion. The first is Buffalo Bills HC Sean McDermott (+1600). McDermott led the Bills to an outstanding 2020 season, taking them all the way to the AFC Championship after a superb 13-3 season. QB Josh Allen took the step into superstardom, and he is one of the favorites to win the NFL MVP award. OC Brian Daboll didn’t leave for a HC position, which was big for them. This is an uber-talented team that is playing in one of the weaker divisions in football. The Miami Dolphins have questions at QB, the New England Patriots are starting either Cam Newton or rookie Mac Jones, and the New York Jets are not ready to compete yet. The Bills should have no problem if this is what they are facing, and I really like them to roll and compete for a spot representing the AFC in the Super Bowl.

This one won’t be popular at all, but I think it has some value. We all know the story of Aaron Rodgers wanting out of Green Bay, but I have been a firm beleiver that he stays with the Packers. I just do not see him leaving with that contract and I don’t see the Packers trading him. With Rodgers playing, Green Bay is a certain title contender. They have made the NFC Championship in back-to-back years, and have a pretty taleneted roster. Not to mention they have poor competition in the NFC North. What a story it would be if Rodgers stays and wins a Super Bowl after all of this junk. Matt Lefleur is currently a massive longshot at +2500 to win COTY with a team that has made consecutive NFC Championships. Rodgers is still on the team facing a weak division. I think he’s worth a flyer. 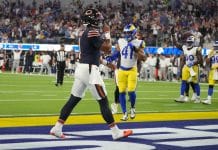 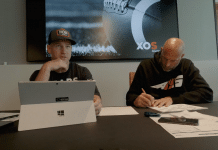 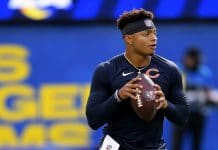 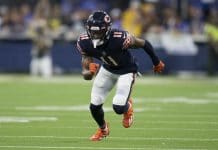