With the divisional round behind us, there are only three games left in the COVID stricken season. This means that, sadly, the NFL is almost over. I know, it’s painful to think about. Even though the season isn’t quite over yet, sportsbooks across the country have begun to post their odds to win the 2022 Super Bowl. Specifically, the SuperBook in Las Vegas dropped this gem earlier today.

Easily, one of the biggest surprises of these odds is the fact that the 1-15 Jacksonville Jaguars have better odds to win the Super Bowl than the New England Patriots.

The Usual Favorites Remain At The Top

Below, You’ll find the odds for every NFL team to win next year’s Super Bowl:

Take a look ahead at next season’s #SuperBowl futures 🏈

Obviously, the Kansas City Chiefs remain the favorite to win it all at +600. Until they are defeated, I don’t see that changing. The number one seed in the NFC this season, the Green Bay Packers, come in second at +1000. Most of us could probably conclude this was going to be the case with both Kansas City and Green Bay on the verge of winning it all this year. The health of Chiefs QB Patrick Mahomes will be very important going forward due to his concussion last week against the Browns, but as long as he and Packers QB Aaron Rodgers remain on the football field, they will remain the favorites.

The Buffalo Bills are tied with the Packers at +1000, as they are also trying to win a championship this year. The Bills are a team that is very young, and should be one to consider next year as a team that might only get better. Monitor what happens with Bills Offensive Coordinator Brian Daboll this offseason, as his departure could effect the team.

Jags Could Be A Little Overvalued

As per the main title of this article, the Jaguars actually have a better shot to win the title in 2022 than Bill Belichick and the Patriots. Only a single season after losing 6-time Super Bowl winning QB Tom Brady to the Buccaneers, the Patriots find themselves in a very unfamiliar location. They have gone from consistent favorites to win the title, to one of the biggest underdogs.

The Jaguars will have (presumably) Trevor Lawrence under center in 2022, and with the hiring of legendary college football coach Urban Meyer, the Jags have become a team with promise entering the new season. Jacksonville is clearly getting maybe a little too much love here, as they are still a very flawed team that has a ton of holes on the roster besides QB and coach. However, just having those two will undoubtedly make some bet on the cats.

Cleary, Bill Belichick Has A Lot Of Work To Do

Looking at the Patriots at +6000 odds to win the Super Bowl is something that hasnt been seen in over two decades. At +5000, the Jags have a better shot to win Super Bowl LVI than Belichick and the Pats. After so much success, it all has finally blown up in the Patriots face after losing Brady in free agency.

Don’t forget, New England just won a Super Bowl two years ago. So they have gone from champions to lower than the lowly Jags in only a few years time. Most of that can be blamed on the loss of Brady and how poorly Cam Newton played this season, but it’s insane to see such a prestigious organization behind such an awful one in title odds.

We all know that a coach as good as Belichick is wont let the QB position go unanswered this offseason. There is no way that he brings back Newton after such a horrible year, so he will have to find another solution. Honestly, this number seems a bit long for the Pats. They will almost certainly have better QB play next season, as it really couldnt get worse. They will also have eight players returning from the COVID opt-out list, which will only improve their team.

The Longest Odds Are The Most Obvious

Bringing up the rear end are the typical teams, with the New York Jets coming in last at +10000. They have a ton of weaknesses, but if DeShaun Watson comes over in what would be one of the biggest blockbuster trades of all time, these odds will improve dramatically. Watson is one of the best QB’s in the league, and he would instantly improve the Jets with new head coach Robert Saleh. 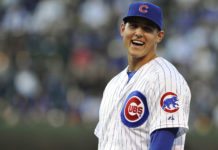 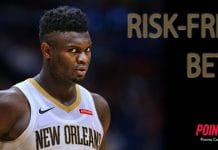 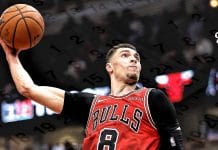 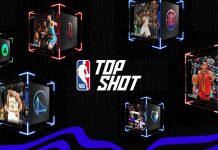 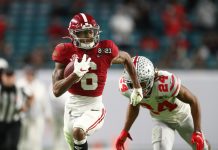 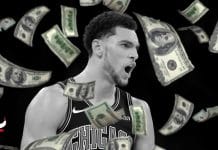