It was certainly a shock to all of us when we heard that Seattle Seahawks QB Russell Wilson could be traded. Wilson has been at odds with the Seahawks organization and head coach Pete Carroll for a bit, mostly due to the fact that Seattle can’t seem to give him any protection upfront on the offensive line. The All-Pro QB has a Super Bowl victory under his belt after demolishing the Denver Broncos in 2013, and another Super Bowl appearance to boot in a loss to the New England Patriots in 2014. There is no question that Wilson has been one of the best QBs in football since entering the league in 2012.

Now it seems like there is a rift between himself and the Seahawks organization. Wilson has stated that his desire is to stay in Seattle, but if things do not work out, there are four teams that he would accept a trade to: The Las Vegas Raiders, Dallas Cowboys, New Orleans Saints, and Chicago Bears. There are reasons I’m sure for all of these that only Wilson himself knows, but we can make our own observations as to why he chose these teams.

DraftKings Sportsbook just released their odds of the next team Wilson will take a snap for in 2021. Out of the four teams that Wilson listed, the Bears have the longest odds according to Vegas. The full list of odds is pictured below.

Where will Russell Wilson start next season? 🤔

Obviously, the chances that Wilson actually gets traded, especially this season, are low. The Seahawks do not want to trade one of the best QBs in the NFL, and since he has already expressed his desire to stay in the city unlike Deshaun Watson in Houston, the organization will do everything in its power to make him happy. Over the offseason, look for Seattle to help out its offensive line and offense as a whole more so than anything else to try and appease Wilson. If tensions continue to rise between the QB and head coach, it will be interesting to see who the Seahawks decide to hold onto. Coaches in the league with as much pedigree as Carroll usually get an incredible amount of loyalty from their organization. However, choosing Carroll over Wilson may be the worst decision this franchise could ever make, and they will think long and hard about it before it would happen. Despite this, the chances that Wilson starts Week 1 for the Seahawks next season is incredibly high. These rumors could just a scare tactic.

The Raider’s trade rumors involving their QB, Derek Carr, have been circulating for a couple of years now. While Carr is far from the biggest issue in Vegas, he doesn’t seem to be the solution either. Head coach Jon Gruden has been at odds with the signal-caller since he arrived back with the team. Gruden was a huge fan of Wilson’s when he was drafted, and his opinion of him surely has only improved since then. Wilson would bring a competitive edge to Gruden’s team and has the ability to elevate flawed teams to big-time spots. The Raiders will also be looking to welcome fans for the first time to their big shiny new stadium in Sin City, and what better way to draw crowds in than having one of the league’s premier QBs lead the team onto the field.

The Cowboys and QB Dak Prescott have been in contract negotiations for over a year now, and they seem to be at a stalemate. Prescott played on a franchise tag in 2020 before suffering a bad ankle injury that sidelined him for the rest of the season. Owner and General Manager Jerry Jones is starting to run out of time to sign his QB to a long-term extension. With the possibility of another franchise tag coming up to prevent him from entering free agency, and the team’s reluctance to hand him a new deal, a trade is very possible. The Cowboys love to make a splash. However, giving up premium draft capital for an older QB who will also be looking for a new contract doesn’t seem ideal. You just never know with Jerry Jones.

Going from Drew Brees to Russell Wilson would be like how lucky the Green Bay Packers were to go from Brett Favre to Aaron Rodgers. You really couldn’t ask for a better stretch at the QB position. While Brees hasn’t officially announced his retirement yet, the Saints would be wise to think about what’s next. Sean Payton has publicly stated how he believes backup QB Taysom Hill has the traits and abilities to be a franchise QB, and he also has expressed interest in bringing back former No. 1 overall pick Jameis Winston. Those were easy things to say when Wilson isn’t available, but the game has changed. Payton is smart, and he knows that Wilson is lightyears better than what he has currently on his roster. The problem is the Saints’ salary cap situation. They would need to clear a lot of space if they wanted to bring in Wilson. If they managed to do so, they would immediately become one of the favorites to win the Super Bowl.

The Bears have been desperate for a franchise QB for pretty much the entire history of the organization. Jay Cutler is the best QB in the history of the team, and he was largely disappointing. They had the third overall selection in the 2017 NFL Draft and decided to trade up to No. 2 to select Mitchell Trubisky. That moment will forever be a dark memory in the history of Chicago sports. It is impossible to mention Trubisky without referencing that they took him over Patrick Mahomes and Deshaun Watson, two of the NFL’s best QBs. Trading for Wilson would be very expensive, but the moment he sets foot inside Halas Hall, he will immediately become the greatest QB in franchise history. If he could turn the Bears from a middling 8-8 disaster with a good defense into Super Bowl contenders, we could all start to finally move on from the horror that was the 2017 draft. 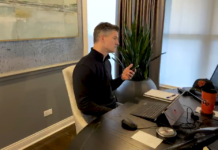 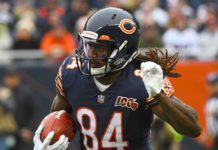 Chicago Bears Free Agents Who May Still Return In 2021 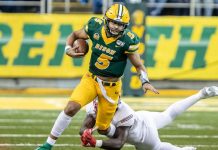 Ranking The Chicago Bears QB Options According To Bust Danger 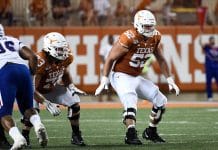 Chicago Bears Have New Draft Connection That Could Be Major