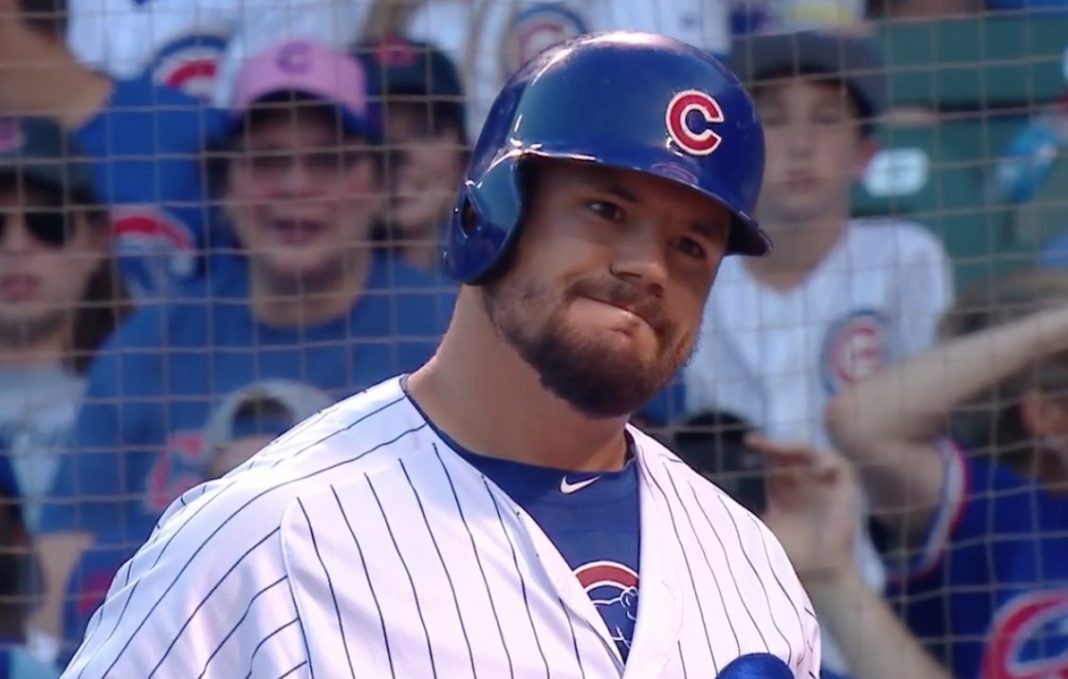 The Chicago Cubs suddenly have a very thin outfield under contract for the upcoming season. Following the non-tendering of Kyle Schwarber and Albert Almora, only two primary outfielders, Jason Heyward and Ian Happ remain on the entire 40-man roster. There will certainly be some new faces roaming around the ivy walls in 2021, lets explore some potential options for the Cubs to replace Schwarber and fix their newest depth issue.

Creativity With In House Options

The farm system is thin on MLB-ready outfield prospects. Brennen Davis and former UCLA standout, Cole Roederer, both land near the top of the organization’s best prospects, but require 1-2 more seasons of solid development. As seen with Nico Hoerner, calling up hitting prospects early can provide to be fun and interesting, but often halts the growth and experience that is gained from the minors. I don’t expect either of these young men to be on the Cubs Opening Day Roster.

One interesting possibility for retooling the outfield could be shifting Ian Happ to left field. While Happ has done well in center, sliding him over to left would provide great value on defense if they were able to find a natural center fielder to replace him. Jason Heyward should not be expected to shift over to center. He has always preferred right field and at this stage of his career, the Cubs are better off leaving him where he excels.

It is also possible we see Kris Bryant appear in left more often this year if the Cubs do not trade him. The one thing to get straight here is Bryant should primarily be starting at third base. However, if the Cubs have their mind made up that he will be traded at the deadline, it could make sense for them to look towards the future and start David Bote at third base more often this season. Similarly, Nico Hoerner should be the starting second baseman from the get-go this season, but he could see some time in center field on days that the lineup gets shuffled around.

Another option for the Cubs is to seek a temporary replacement via trade. This may be more far-fetched as it is easy to expect the Cubs to target pitching if they do make any large moves. However, asking for a lower end prospect that could be MLB ready this year in addition to a big arm could be a feasible move. The Cubs lack viable options at the higher levels of their farm system and could find a low-cost replacement this way. If a high-end outfield prospect like Drew Walters was offered in a deal, the Cubs would likely pivot from targeting a return based around starting pitching. Expectations for finding a long-term replacement like Walters via trade should be kept low as most of the Cubs’ best trade options have lost their luster of having multiple years of club control.

As SportsMockery previously suggested here, there are some relatively cheap options in the free-agent market:

Jackie Bradley Jr. provides upside with his defense in center and posted 1.9 WAR in the shortened season. At 31-years old he could prove to be a good veteran option for the Cubs. A name not so commonly listed that the Cubs could consider is Adam Eaton. Eaton was a very good center fielder not too long ago and has slashed .282 with a.360 OBP for his career. He is coming off a down year and could be a great low-risk option for the Cubs. If both sides were able to work out a friendly deal, the Cubs could start him in center or left and more importantly add another true leadoff option for the batting order. Schwarber’s power will be missed in the lineup, but for a team that has ongoing issues with strikeouts and getting on base Eaton could be a perfect balance. The Cubs still have power up and down the lineup even after losing their biggest masher. Look for Jed Hoyer and Co to add a high contact bat with defensive upside without overspending.

Run it back with Schwarber

The last option for the Cubs may be simply a pipe dream. There is still a chance Kyle Schwarber returns to the team on a team-friendly extension. This is not something fans should expect, as Schwarber will likely receive a few good one-year offers from contenders giving him a chance to showcase his skills and re-enter a more stable free-agent market next season. However, if teams around the league lowball Schwarber in a tough market, there is some hope he may rejoin the Cubs.

Schwarber tweeted out a likely goodbye to Cubs faithful on Thursday, even though extension talks will reportedly be ongoing. Schwarbs is undoubtedly a fan-favorite at the friendly confines and finding a way to make it work would be fun. Realistically though this is not the best move for either side. Schwarber will be more well suited in a DH/OF hybrid role and the Cubs would likely see much more of the same results without tweaking their lineup.

In an offseason that has already been quite busy for the Cubs organization, it will be interesting to see what happens here. Sit tight Cubs fans.