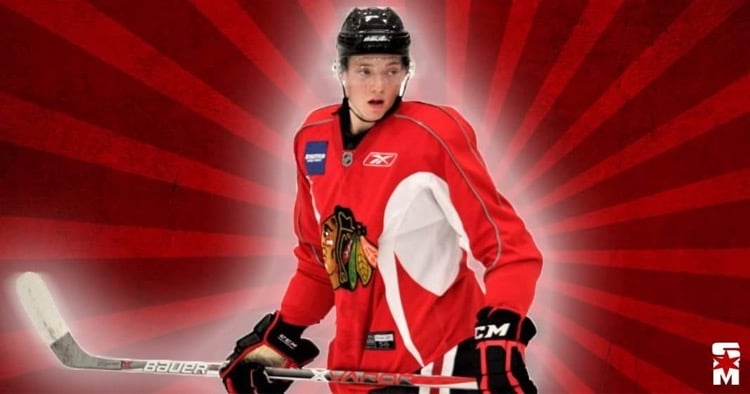 The Chicago Blackhawks are now three games into the 2021 regular season and it has already become quite clear that they are going to struggle to win games. Sporting an 0-3 record and a league-worst minus-10 goal differential, now is an ideal time for the Blackhawks to start giving some of their younger players a look in the lineup. After all, the focus is supposed to be all about the “youth movement” going forward.

Following the conclusion of training camp, prospects Brandon Hagel, Philipp Kurashev, Nicolas Beaudin, Lucas Carlsson, Wyatt Kalynuk, and Kevin Lankinen were placed on the Blackhawks’ taxi squad, and Evan Barratt, MacKenzie Entwistle, Reese Johnson, Alec Regula, Michal Teply, and a handful of others were sent down to the Rockford IceHogs of the American Hockey League.

With the Blackhawks in the midst of a rebuilding phase and Jonathan Toews, Kirby Dach, Brent Seabrook, and Alex Nylander all out of the lineup indefinitely, several of those youngsters should get an opportunity at the NHL level this year.

Here’s how I rank them going forward:

Beaudin had a lackluster first professional campaign with the IceHogs in 2019-20, tallying three goals, 12 assists, and 33 penalty minutes in 59 games. But the former first-round pick (No. 27 overall) of the Blackhawks reportedly added 11 pounds of muscle in the offseason and was impressive throughout training camp. Beaudin was the first player head coach Jeremy Colliton mentioned when asked about the biggest surprise of camp.

“We’re really happy with Beaudin,” Colliton said. “He’s very noticeably taken a step. His conditioning, his assertiveness on the ice, particularly away from the puck… It’s been great to see.”

As a reward for his stellar showings, Beaudin was named to the taxi squad and could slot into the Blackhawks lineup for a game or two with Brent Seabrook on injured reserve. Adam Boqvist has also struggled through three games and could be a healthy scratch on Tuesday vs. Florida.

Like Beaudin, Kurashev found himself on the Blackhawks taxi squad after a superb training camp. In 36 games with Rockford last season, Kurashev, a fourth-round pick (No. 120 overall) in 2018, registered 19 points (seven goals, 12 assists) and was a reliable two-way center. Kurashev has been considered one of the Blackhawks’ top forward prospects since he stepped onto the scene at the 2019 U20 World Junior Championship, where he amassed six goals and one assist in seven games for Team Switzerland.

According to Colliton, Kurashev is going to be in the mix for the Blackhawks throughout 2021, and he made his NHL debut on Friday against Tampa Bay. Kurashev slotted into the lineup on the Hawks’ second line in place of Brandon Pirri and could be here to stay after a pair of strong splendid performances.

Suter took a page out of Dominik Kubalik’s book and signed on with the Blackhawks after being named MVP of the National League in Switzerland. In 50 games with the Zurich Lions, Suter recorded 30 goals and 23 assists for a league-high 53 points.

While Suter is not likely to record 30 goals as a rookie like Kubalik, he is expected to serve an important role for the Blackhawks in their top-six forward group. Without Toews, Dach, and Nylander, the Hawks will need help on offense this year, and Suter has the skill set to fill those voids.

Suter, 24, has been bouncing between the Blackhawks’ first and second lines through the opening three games. So far, Suter has tallied one assist, eight shots on goal, and a subpar 39.4 faceoff-win percentage.

Boqvist made the jump to the NHL a year before anyone anticipated and wound up having an up-and-down first season with the Blackhawks in 2019-20. In 41 regular-season games, the eighth overall pick in the 2018 NHL Draft registered 13 points (four goals, nine assists) and struggled to defend against larger (and older) competition. Boqvist also got his first taste of postseason hockey, which did not fare well for the 5-foot-11, 180-pound defenseman. He finished with no points, a minus-five plus-minus rating, and four penalty minutes in eight games.

However, Boqvist is still just 20 years old and is primed to have a breakout season in 2021 with the Blackhawks. But through the Blackhawks’ first three games, Boqvist has not seemed comfortable and continues to struggle in his own zone despite mostly being paired with the 6-foot-6 Nikita Zadorov. In fact, Boqvist has struggled so much that a healthy scratch may be warranted on Tuesday against the Panthers.

Although Boqvist is off to a slow start, it has been only three games, and he has the skillset to burst out of this slump at any moment. Don’t forget that he is still just a kid at this point of his career and has plenty of time to develop into the top-four defenseman that Blackhawks fans are hoping he will become.

After three long years, Mitchell finally signed his entry-level contract with the Blackhawks in the offseason and made his NHL debut on opening night. Speaking of Mitchell, today is his 22nd Birthday. Happy Birthday, Ian.

In three years with Denver University, Mitchell, the Blackhawks second-round pick (No. 57 overall) in 2017, recorded 89 points (18 goals, 71 assists) in 106 games and captained the Pioneers during his senior season. Mitchell was also part of Denver’s National Championship squad in 2017-18.

Mitchell has been hyped up as a potential top-four defenseman for the past couple of years, and he is already serving in that role through the Blackhawks’ opening three games. Alongside veteran Calvin de Haan, Mitchell is currently averaging 16 minutes per game and has been a factor on both ends of the ice.

With Boqvist struggling early on, Mitchell could see more time on the Blackhawks power-play unit in the future. After all, his offensive upside is why he landed at No. 1 on this list. No knock on Boqvist, but Mitchell appears to have the higher ceiling of the two at this point. 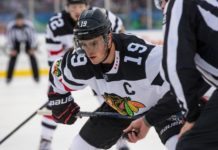