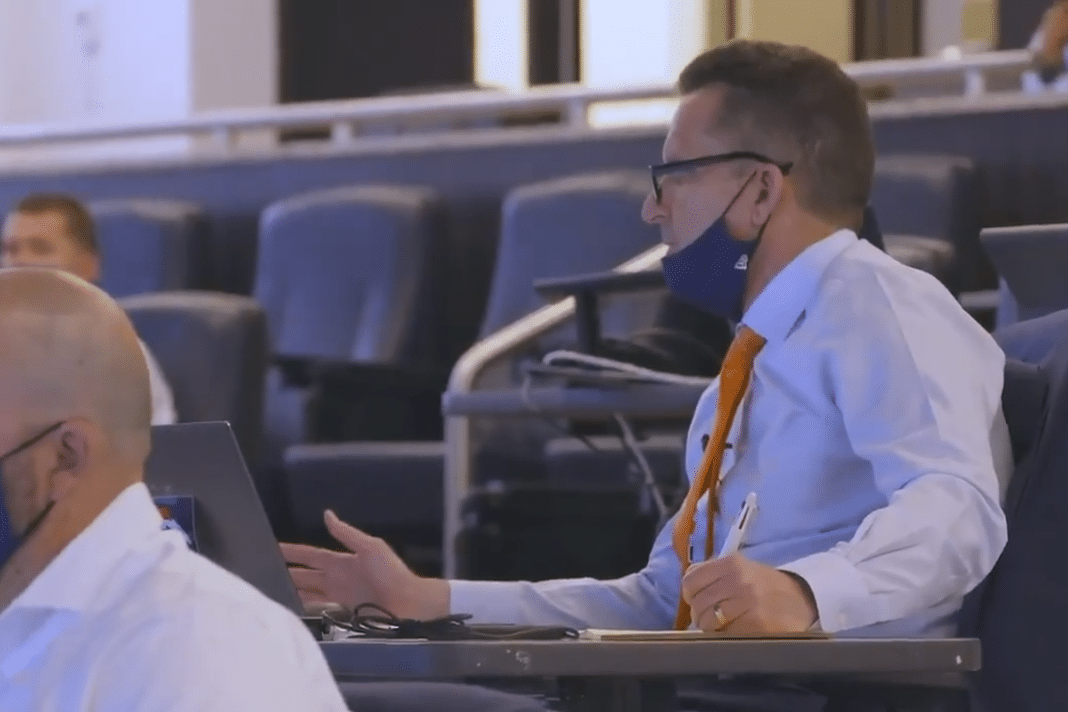 One way or another, the 2021 NFL draft will be remembered as the Justin Fields draft for the Chicago Bears. Their latest big swing to find that elusive franchise quarterback. It took some maneuvering to make it happen too. GM Ryan Pace engineered a trade up from #20 to #11 with the New York Giants. A move that shocked people considering Giants GM Dave Gettleman was notorious for never having traded down in his career.

In the end, it cost the Bears a 5th in 2021, and their 1st and 4th rounders in 2022 to make the jump. Fields’ name was called and just like that, the future of the organization was changed. Yet every story always has a few extra layers to it. This one comes courtesy of the Denver Broncos. They released a video detailing new GM George Paton and his eventual decision to select Alabama cornerback Patrick Surtain.

Early in the video, some fascinating words are exchanged.

It appears Paton was in conversations with other GMs about moving out of that 9th spot. The name of one of those GMs? “Ryan.” Pretty safe bet that was Pace. Where it gets interesting is at one point Paton mentions the idea of asking for a 1, 2, 3, and a 1 next year. In other words, a 1st, 2nd, and 3rd round pick in 2021 and a 1st round pick in 2022. That is likely what he was demanding of the Bears to move down to #20.

Then he says on the phone that somebody was about to give him more. He was likely referencing Saints GM Mickey Loomis. Right before the draft, it was rumored New Orleans was trying to move up. The price he would’ve paid most certainly eclipses that price demanded of Pace. In the end, the trade never occurred. That leads one to believe Pace said no. Essentially gambling that Fields might last a few more slots for him to try again.

By waiting to move at #11, the Bears managed to snag their quarterback without giving up any picks in the 2nd or 3rd rounds for the next two years. That proved to be important 24 hours later. As the 2nd round began, Pace noticed something odd happen. Oklahoma State tackle Teven Jenkins was falling. Chicago had a 1st round grade on him. Once it started approaching the 40s range, the GM knew he had to make a move or somebody was going to grab him. So the Bears jumped up to the 39th pick in a deal with Carolina, giving their 3rd and a 6th rounders to make it happen.

Just like that, the Bears had secured their quarterback of the future and one of the guys who could potentially protect him for the next decade. All because Pace had the guts to say no to Paton on that trade demand. Something nobody would’ve thought possible prior to that draft. Everybody would’ve been convinced the GM pays any price, no matter how exorbitant, to land Justin Fields.

This dispels such a myth.

Pace explored the idea. Denver’s demands were too high. So he said no. It was risky. Another team could’ve jumped up to #10 to grab Fields. However, it didn’t happen. Chicago got their guy and kept enough of their draft inventory to make their offense even better with Jenkins. Hats off to the Bears for that sort of execution.