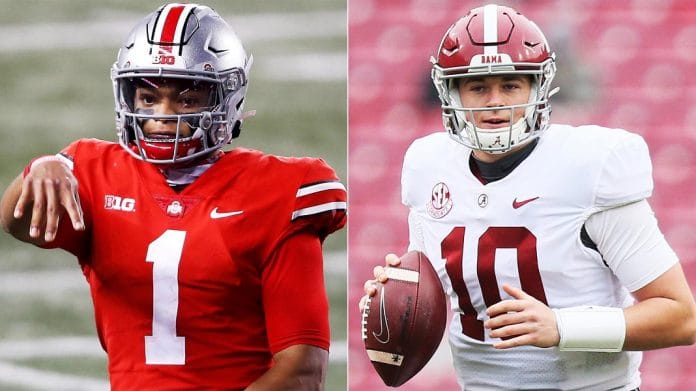 For some time now the Chicago Bears have remained silent, working hard in preparation for the upcoming NFL draft. Easily the most important of this current regime under GM Ryan Pace and head coach Matt Nagy. Few whispers have come out of Halas Hall regarding what they have planned. The only thing is known for certain? They are likely to take a quarterback and take one early.

One question that hasn’t had a lot of answers is which QB the team prefers. Pace, Nagy, and the rest of the coaching staff and scouts have done an immense amount of work on this class. Both men were at North Dakota State to watch Trey Lance’s pro day. Pace made it to Alabama for Mac Jones while Nagy attended Justin Fields’ second at Ohio State. According to a source they’ve done a ton of homework on not just them but every possible QB in this draft.

Of the three QBs who could fall into possible range for the Bears to move up, that is the order the source believes they’ve ranked them. Why Fields above the rest? The word mentioned regarding Nagy and Pace’s evaluation was “superstar” potential. His physical upside is the highest of any of those three and he did well in interviews.

Jones and the coaching staff seemed to hit it off too. His charisma and intelligence stood out. It wasn’t made clear why Lance was #3. One can probably surmise the Bears are afraid of his limited experience with just 318 career college passes. All against FCS competition. It’s hard to gamble what could be your last shot as an NFL head coach or GM on somebody like that.

Chicago Bears need some luck to get Fields

The reality is they’re still stuck at #20 overall. For this to happen, they need a few things to break their way. First, San Francisco has to pass on him at #3 overall. People still aren’t sure that will happen despite the rampant Jones rumors. After that, other obstacles come up in Carolina (#8) and Denver (#9). Both remain surrounded by rumors that they may consider a quarterback in those spots. One also can’t discount the possibility of New England (#15) and Washington (#19) moving up as well.

On top of all that, the Chicago Bears need to find a team willing to trade with them. Getting somebody to fall that far down to #20 might prove a difficult sell. Pace must be careful not to get so anxious that he pays more than he has to. Something that has been a problem with him in the past. As talented as Fields is, the Bears have other positions on the roster that need filling.

It is a difficult needle to thread.

There is a strong chance it doesn’t come together. Such is the tough reality of being one QB-needy team in a large group of them. While you’re trying to get your guy, others will actively try to stop you. Chicago likely has backup plans in mind should their opportunity not come to pass. It will be fascinating to see how the 1st round plays out for them.