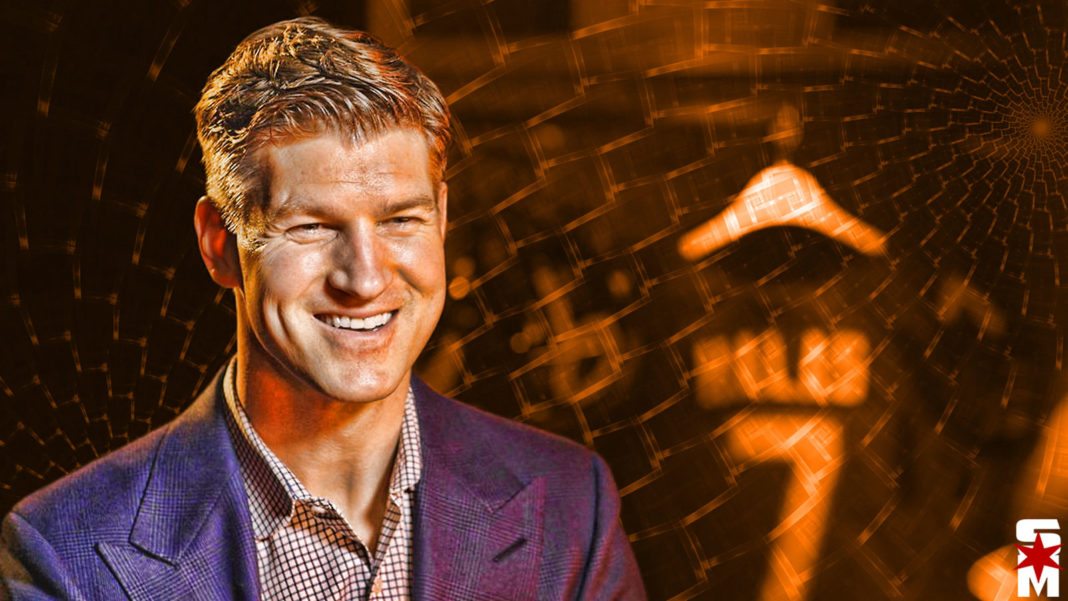 The Chicago Bears need to go 4-0 over the next four weeks to reach 9-7 and have any hope of making the playoffs. Considering they’ve lost their last six in a row? One can understand why fans aren’t holding their breath. Even if they finish 8-8, it doesn’t feel like that will be enough to save jobs. Not after the team started 5-1. Matt Nagy? Ryan Pace? Both are squarely on the hot seat.

Will George McCaskey actually pull the trigger though? He did say one of his biggest problems as an owner is not having enough patience. Sometimes it’s better to let things play out. However, he can’t possibly ignore the state this team is in. It’s the second-oldest in the NFL and carrying some zeppelin-sized contracts for guys who haven’t lived up to them. They have no quarterback. People can argue the status of Nagy, but the general agreement centers on one reality.

Pace has to go.

It appears some of the top insiders around the league are hearing this exact reality. Benjamin Allbright of Pro Football Network was asked if the Bears are planning to shake things up after the season ends. He didn’t beat around the bush.

“They will. I think they are. From what I understand, they’re talking about clearing house which includes general manager and head coach and starting over.”

He’s not alone. Kalyn Kahler of Bleacher Report has done some outstanding investigative pieces in recent years. Her sources in the NFL are very strong. So when she dug around on what to expect with the Bears, everybody said the same thing.

As for any firings to come, all the sources interviewed for this story agreed that Chicago’s general manager job is likely to become available. “The Bears could come open,” says one NFC personnel executive. “Which they should, because anyone who picked Mitch Trubisky over [Deshaun] Watson and [Patrick] Mahomes … I still can’t believe that.”

Ryan Pace had six seasons. It’s time to answer for his crimes

That is pretty much the reality. Pace had a good plan. He overhauled the roster in 2015 and 2016, rebuilt the defense, and had them in perfect position going into the 2017 draft. They held the #3 overall pick and there were three quarterbacks to choose from. All he had to do was make sure he got it right. He was so confident in his evaluations he even surrendered three extra picks to move up from #3 to #2. Then he took Mitch Trubisky.

As the North Carolina product mostly floundered in Chicago, Bears fans had to watch Patrick Mahomes become the new face of the NFL in Kansas City while Deshaun Watson became one of the best in the AFC as well. It was easily the most painful unfolding of reality this fanbase has endured in many years. Created mostly from the long history of this franchise being unable to produce a good quarterback.

Pace had the golden ticket and he blew it.

Most general managers never survive whiffing at that position. Word is McCaskey is furious with how things have unfolded. As much as he likes Pace for how the man has conducted himself, the reality is he’s in danger of finishing his sixth season with only one playoff appearance. That is inexcusable. Somebody has to answer for these failures. Pace drafted Trubisky. Pace hired Nagy. Those were his calls.

Maybe Ted Phillips will get his day as well but for the time being, the biggest piece of business is ending the Ryan Pace era. Then it will be about finding someone who can clean up his mess.